Growing up in Brooklyn in the 1950s gave my mother a unique Thanksgiving experience. It was a time before the Verrazano Bridge when small ferry service was the only method of travel to Staten Island, and how she spent the majority of this holiday waiting in the car with her parents trying to make it over to visit her Grandmother Waage. Sitting for up to 2 hours waiting in a car line for the small ferry to reach capacity and depart meant that the Macy’s Thanksgiving Day parade was left unseen and only imagined as she daydreamed gazing out the car window.

But all was worth it for the glorious buffet of food that awaited them. The kids were pooled together around a card table placed in the living room so the adults all got to socialize together, a tradition she broke when she was old enough and got rid of the kid’s table concept. “Everybody should be at the table. I don’t care about this card table for the little children. I know some of their habits aren’t the greatest. But that’s what we’re giving thanks for, is everyone.”

The men would take naps as the ladies gathered in the kitchen cleaning, letting my mom and her cousin walk to the Staten Island zoo in time to watch the alligator pond have their feeding time. The exotic reptile feeding was just long enough for them to hide their eyes and watch through their fingers. They would return for dessert, the goodbye hugs, and the 2-hour wait in the car for the ferry to return them to Brooklyn with full bellies and new gossip.

Thanksgiving 2020 gave us an unusual holiday as we were apart from each other, cooking for our small gatherings states away from each other, still talking about where we are in the cooking process, and tweaking old family recipes for the extended family from different regions. “In the move to Tennessee, I’ve gotten rid of a lot of my cookbooks because it’s just not needed anymore. You can go to the computer and find great recipes.”

The move was prompted after our hometown in Panama City, Florida was hit by the eyewall of Hurricane Michael. “We’re talking about Thanksgiving and giving thanks, but we’re talking about the memories and when I rebuilt the house, you were gone, my folks were gone, your dad’s folks were gone. There was no family there to create new memories in the interior of that house, that was no longer looking like the house that we all lived in, that we shared and laughed during games and traditions that I tried to build for you…it had lost those memories.” And even with a global pandemic, my mother expressed relief of stress and anxiety compared to an active hurricane season in the Gulf of Mexico. And even though natural disasters can be found in all parts of the country including tornados and wildfires in their new state of residence, my mother shared her thankfulness for leaving hurricanes behind.

Since I’ve moved to New York City, my parents have come to see the Macy’s Thanksgiving Day parade, a first for all of us, including the native New Yorker. The parade was a tradition we always watched when I grew up in our home in Florida. To me, it was a wondrous and festive event that made the coming of winter an epic occasion. For 2020, my mother discussed her concern that it wouldn’t exist this year, but I assured her that the broadcast will continue and Macy’s Thanksgiving Parade will exist in homes across America, just not to throngs of people lined along 5th Avenue.

We downed the last of our drinks, talked about returning to our stage of cooking letting the other know they are loved. We cheer to all the new traditions stemming from the pandemic and look forward to the new journey in our cars to each other to share food, gossip, and love. 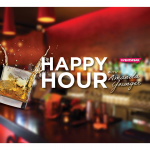 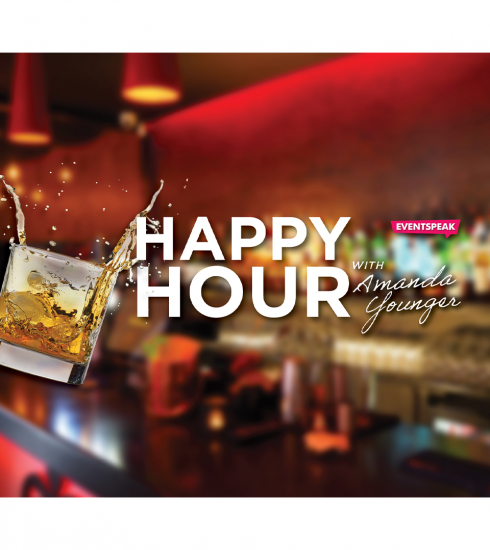